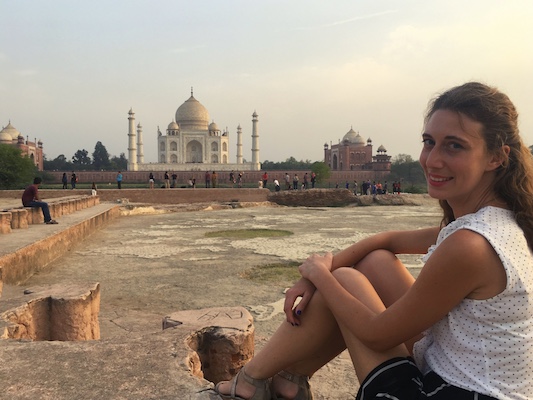 Things to do in Agra: discover the best things to do in the former capital city of the Mughal Empire besides the world famous Taj Mahal.

Agra was the second last stop of our journey in India before heading to Varanasi, the city on the holy Ganges river.

Agra is a must-see destination for all tourists who travel to India.

It is in fact the city of the symbol of India and one of the most famous landmarks in the world: the wonderful Taj Mahal!

Many tourists though go to Agra just to see the white marble mausoleum and head straight to the next destination. But I think this is a waste because there are many things to do in Agra besides the Taj Mahal.

In my previous post you can read all kinds of information about the Taj Mahal and tips to avoid the crowd of tourists.

But here we talk about the other highlights of Agra and find out what we can see in this beautiful city of India.

THINGS TO DO IN AGRA.

Agra is the capital city of the state of Uttar Pradesh. It lays on the banks of the holy Yamuna river, a tributary of the Ganges river.

Together with Delhi and Jaipur, Agra belongs to the Golden Triangle of India and had been for a long time the capital city of the Mughal empire before Delhi.

I suggest you choose a hotel near the Taj Mahal (we stayed at the Hotel Taj Resorts) and move around on rickshaws to explore Agra and its surroundings.

Agra’s must-see attractions are the Red Fort, the Akbar’s Tomb and I’Timad-Ud-Daulah’s Mausoleum.

THE RED FORT OF AGRA.

The Red Fort, or Lil Quila, or simply Agra Fort, is a red sandstone fortress and the second most popular landmark of Agra after its friend Taj Mahal.

It lies on one bank of the Yamuna river and has been UNESCO World Heritage Site since 1983.

The walls of the fort are 20 meters tall and 2 kilometers and a half long.

Akbar The Great ordered the construction of the fort in 1565 after demolishing a fort belonging to Lodi’s dynasty.

Like, Lodi get out of my way, it’s my turn now!

A few years later, Shah Jahan, Akbar’s grandson, changed considerably the structure of the fort, adding some parts and demolishing others.

Basically it was more like a military fortress with Akbar while functioned mostly as a palace with Shah Jahan.

Shah Jahan definitely had a thing with marble, as you can guess from the Taj Mahal. It was him indeed who ordered the construction of the Taj Mahal to house the tomb of his beloved wife Mumtaz Mahal.

So he started adding some of his beloved marble structures in the fort.

Your visit to the fort starts from Amar Singh Gate, although the original entrance was through Delhi Gate.

Don’t miss the beautiful Gem Mosque and the Pearl Mosque.

A very peculiar thing to see in Agra Fort is the bathtub of Jahangir. Rumor has it he used to bring it with him on all his journeys but we don’t know this for sure.

Make sure also not to miss Muthamman Burj, the octagonal tower. It is also called Shah Burj, Shah’s Tower, because they say he used to watch the Taj Mahal from this tower when he was locked in sick in the Red Fort.

The views of the Taj Mahal are indeed beautiful from here!

Akbar’s Tomb is the tomb of Akbar. That’s it.

Just kidding! I mean, yes, Akbar’s Tomb is the tomb of Akbar but I won’t leave you like this. I will give you some more information.

Akbar’s Tomb is in Sikandra, about 10 kilometers from Agra.

It was Akbar himself who built the tomb between 1605 and 1613. What can I say? Mughal emperors loved to build their own tombs!

Unfortunately he didn’t make it until the end of the construction, so his son took over and finished it.

Akbar was the greatest Mughal emperor, that’s why he is known as Akbar The Great.

The mausoleum includes a gateway with four minarets and the tomb which is in the middle of the garden.

I’timad-Ud-Daulah’s Mausoleum is also called the Baby Taj for its resemblance to the Taj Mahal. Easier to remember right?

Now listen up because we have to go through some complicated family relationships to understand who is buried and who ordered its construction.

Well. Once upon a time there was an emperor, called Jahangir (yes, the one of the bathtub). He had a wife, Nur Jahan. She started the construction of the mausoleum in 1622 for the tomb of his father, the Persian Mirza Ghiyas Begh, who was also the Vazir of Emperor Jahangir.

Who is buried in the mausoleum then? Mirza Ghiyas Begh and his wife, so the parents of Nur Jahan, the wife of Jahangir. Wow, that was hard!

Who was I’timad-Ud-Daulah then? Nobody. Or better, it means “pillar of the state” and was the title they assigned to Mirza Ghiyas Begh. Is it all clear or your head is spinning?

But wait, some more gossip! Mirza Ghiyas Begh was also the grandfather of Mumtaz Mahal, the woman who is buried in the Taj Mahal, the wife of Emperor Shah Jahan.

Finally we end our day in Agra with Mehtab Bagh, the Moon Garden.

Actually I wouldn’t include the garden between the highlights of Agra, but the view of the Taj Mahal from here is amazing, especially at sunset.

Mehtab Bagh is on the opposite bank of the Yamuna river from the Taj Mahal and was part of the original design of the mausoleum.

The Moon Garden aligns perfectly with the Taj Mahal. Its name in fact refers to the perfect spot for watching the Taj Mahal in the moonlight.

Anyway I wouldn’t hang out in the garden at night, and I would enjoy instead a beautiful sunset over one of the seven wonders of the world! 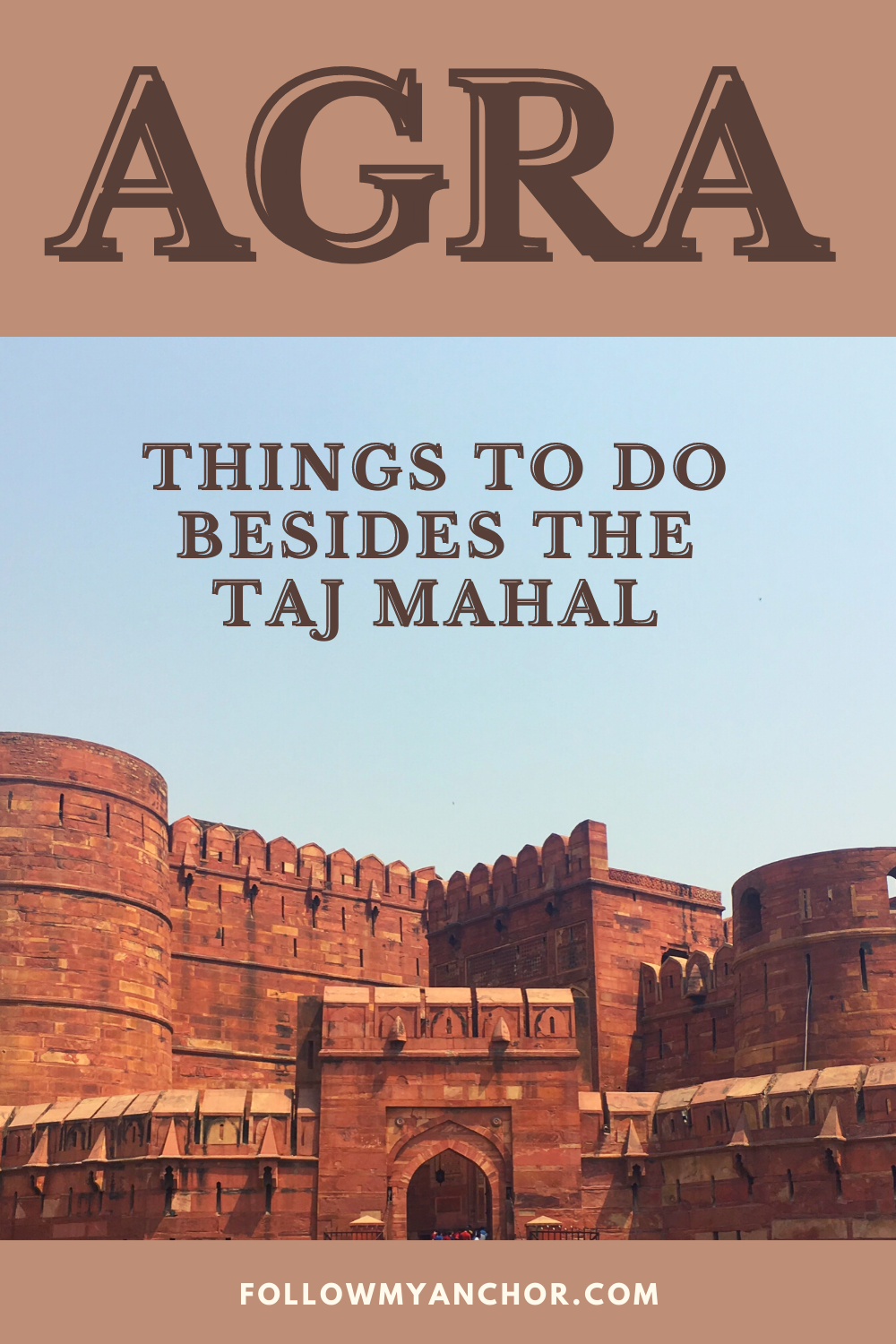 2 Replies to “AGRA: THINGS TO DO BESIDES THE TAJ MAHAL”