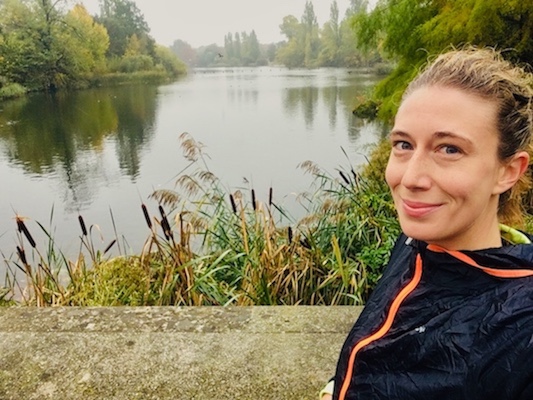 Are you ready to run in London? Pack your running shoes and find out where you can find the best 5 running routes in London.

London is one of my favorites places to run.

If you read other posts of Follow My Anchor, I guess that you already got the idea that running is one of my passions. And if you are reading this article probably it’s your passion too!

When you run in a new city you get to know that city from a unique and personal point of view.

If you love running in parks just like me, the options for you are endless since there are many green areas in London.

But here I listed for you what I think are the best 5 running routes of London.

Hyde Park is in fact a dream park for run lovers. The park is huge, its routes are countless and while you run you meet many other runners that share the same passion.

I entered the park from Hyde Park Corner and started to run along its perimeter. Then I ran down the inner paths and passed by Serpentine Lake. After running around a little more I crossed the street to end my run in Kensington Gardens.

It looks like I had it all worked out but this is actually just the result of a random run in the park with no specific destination.

There are so many paths that you can just run around the park and get lost.

But don’t worry if you end up far away from your starting point. Most park gates are close to metro stations. So if you start from Hyde Park Corner and you end your run somewhere else, just get close to a park gate. There you will find for sure another metro stop.

As you could see from my running route in Hyde Park, Kensington Gardens is the park just next to it.

Unlike its neighbor, Kensington Gardens is a park that I would call more elegant. Along your run you will see in fact also some beautiful points of interest like the stunning Italian Gardens, Peter Pan statue, the fountain of the two hugging teddy bears, Albert Memorial and the luxurious Kensington Palace.

If you want to make sure that you don’t miss them while you are running don’t worry! There are many signs in the park that will point the way.

Again, this run was completely random. And as you can see at some point I even ended up outside the park!

Me and my sweaty running suit ended up in the fanciest district of London! Attention! Red alert! I don’t want to upset the British upper class with my inappropriate outfit! So I literally run back to the park, my natural habitat.

Regent’s Park is part of the complex of the Royal Parks of London, together with Hyde Park and Kensington Gardens.

Unfortunately I still haven’t got to run in this beautiful park, but this is definitely something I will add in my list for the next visit to London.

It’s a little north than its two brother parks, and here too there are many paths and a nice little lake.

The beautiful Green Park and St. James Park are also part of the Royal Parks. They are two cute parks where you can take a nice walk, but maybe they are too small for a proper run.

If you want to know more about the Royal Parks, check out my guide to the must-see attractions of London.

RUNNING ALONG THE THAMES.

Running along the Thames is definitely a beautiful experience for a runner.

I personally prefer to run in parks and green areas. Only because I prefer not to get annoyed by traffic lights, cars, crossings and slow walkers.

But even so, this will be for sure another thing that I will add to my list.

The best side where you can run along the Thames is definitely South Bank. From this side you can see the beautiful skyline of London while running.

Usually Wimbledon is off the beaten tracks of London and not many people know about this area of the city.

However for me, Wimbledon is an area I know pretty well since I often sleep around here. Getting to Wimbledon Park is then quite easy for me.

If your accommodation is instead in the city center of London, I would still recommend you to take a run in this area, far from the hustle and bustle of the city.

If you take the underground, get off at Wimbledon Park along the District Line.

Wimbledon Park is a cute little green area. It’s perfect for a little warm up. However, if you like the 10k runs like me, you can peacefully take a few laps of the park.

Anyway Wimbledon Park is also very close to the larger Wimbledon Common and the huge Richmond Park, another Royal Park and natural reserve where you can encounter deer.

Now go pack your running stuff and when you get back from London leave a comment here to tell me which route was your favorite! I can’t wait for you to let me know about your run in London!

GUIDE TO THE MUST-SEE ATTRACTIONS OF LONDON

LONDON OFF THE BEATEN PATH: 10 UNUSUAL PLACES TO SEE IN LONDON

A DAY TRIP TO STONEHENGE FROM LONDON 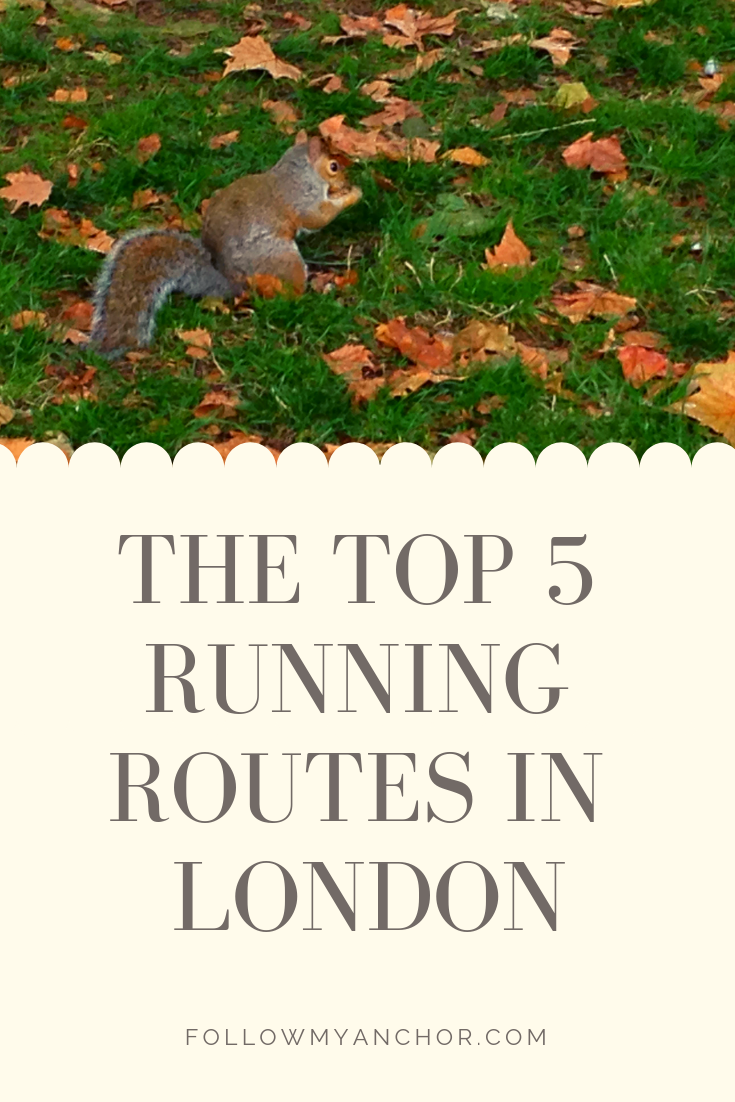 9 Replies to “RUN IN LONDON: THE TOP 5 RUNNING ROUTES”