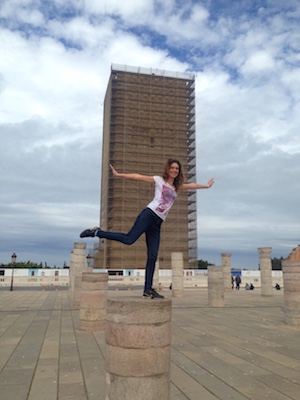 Things to do in Rabat: a one-day trip to discover the top places of the capital city of Morocco.

Rabat is one of my favorite cities of Morocco.

Besides being the capital city of Morocco, Rabat is also one of the imperial cities of the country together with Fès, Meknès and Marrakech, and UNESCO world heritage site.

Rabat was the last stop of my backpacking adventure with my friend Erika to Casablanca and Fès. We arrived in the evening and spent the night in an amazing riad in the heart of the medina. When we wake up, we put on our backpacks again and we are ready to find out things to do in Rabat!

If you are wondering about things to do in Rabat as well, then keep reading this post to discover an itinerary through the most beautiful spots in the city to explore in one day.

Let’s start our adventure with the medina of Rabat.

ITINERARY: THINGS TO DO IN RABAT IN ONE DAY.

In fact, here the souk vendors won’t stress you as much as the vendors of Fès. And you won’t find either that maze of little streets that makes Fès so unique.

But the medina of Rabat, despite being way less chaotic, is still a place full of traditions that is absolutely worth exploring.

So if today’s shopping includes natural hair dye, a super fresh beef leg, a couple of turtles and 10 grams of cumin, well you are in the right place!

We leave now the medina and take a taxi to the symbol of the city: Hassan Tower, or Tour Hassan.

Hassan Tower was part of a project ordered in 1195 by Sultan Yacoub el-Mansour who wanted to build a huge mosque and Hassan Tower as its minaret. The tower was supposed to be the sister tower of Giralda in Sevilla, both inspired by the minaret of Kutubiyya Mosque in Marrakech.However, the minaret and the mosque were never completed. In fact, four years later, the construction stopped with the death of the sultan. The tower never got to be 86 meters high as in the original project, reaching instead only 44 meters.

Today we can see just the columns, the only surviving parts of the incomplete mosque that was also partially destroyed by an earthquake.

Hassan Tower is part of a complex that includes the Mausoleum of Mohammed V.

The Mausoleum of Mohammed V is a stunning marble building that contains the tombs of King Mohammed V and his son Hassan II, the king who ordered the construction of the beautiful mosque of Casablanca.

The entry to the mausoleum is free but remember to cover your shoulders and knees.

We get another taxi and after the usual bargaining we get to the archaeological site of Chellah.

The archaeological site of Chellah is located in the same place where there used to be the ancient Roman city of Sala Colonia. The city was then abandoned and turned into a necropolis for the Marinids dynasty in the 14th century.

The visit is very interesting because while you walk through the site you can see both ruins of the Roman city with its forum and ruins of the Islamic complex with its minaret.

If you look closely at this picture you will find the new inhabitants of the area around the minaret.

Can’t you see them?

That’s right! Storks! This stork colony nested on the minaret and took over the ruins of Chellah!

We say goodbye to the Muslim storks and keep exploring the site through the tombs of Abou el-Hassan Ali, the king who ordered the construction of the necropolis, and his wife.

Further down we see the remains of a mosque, tombs of some Islamic saints, and a beautiful garden with an eel pool.

We are now at the last stop of our trip: Kasbah Les Oudaias, a fortified area of Rabat.

We loved walking around the narrow streets of the kasbah especially because of the cute blue and white walls of the houses that make this area very special.

There are also panoramic views over the Atlantic Ocean.

In one panoramic terrace there is Café Maure where they serve the usual mint tea with gateaux marocains.

Gateaux marocains are delicious, the view over the ocean is beautiful but watch out! Café Maure is probably the most expensive cafe in Morocco! And it’s not easy to resist this sweet temptation!

Once you have walked through the little streets of the kasbah, you will get to the Andalusian Gardens.

We are now at the end of our itinerary through the highlights of Rabat.

As I usually do at the end of my posts, I will write some useful information for your trip to Rabat.

HOW TO GET TO RABAT FROM FES.

If Rabat-Salé is not your arrival airport in Morocco, you can get to Rabat by train.

Check here for the train schedule from Fès to Rabat, or from other stations if you are traveling from another city.

The train takes about 3 hours.

We took a train from Fès late in the afternoon that took us to Rabat just in time for an amazing Moroccan dinner!

WHERE TO EAT IN RABAT.

And talking about amazing dinner, let’s find out where to eat in Rabat!

Once we arrived we had dinner at the Restaurant Tajine wa Tanja. If you get to Rabat by train at dinner time too, I definitely recommend it as it’s very close to the train station.

Besides, the place is really cute and cozy.

And here I am. Staring with heart eyes at what is about to become my favorite Moroccan food: kefta meatballs, very tasty meatballs in tomato sauce with egg and spices.

Next to the meatballs another classic of Moroccan cuisine: chicken tajine with olives and lemons.

The next day we had lunch at the restaurant Le Ziryab.

It’s a very elegant restaurant where they serve traditional food of Morocco with a personal touch.

Like this chicken tajine on a bowl of noodles.

Mmm, no. You are very nice, great idea, but no. Voted down.

So I couldn’t help myself. I went back to my favorite food that luckily forgave my betrayal!

Disclaimer: kefta meatballs may cause second-degree burns on your tongue. Eat with caution.

WHERE TO STAY IN RABAT.

Staying at our riad was probably one of the best things we did in Morocco.

Dar Yanis is the name of our riad located in the heart of the medina of Rabat.

A riad is a typical Moroccan accommodation around a courtyard that usually comes with a little garden.

Staying at a riad is definitely more typical and authentic than staying at a regular hotel.

Our room is a blue pearl and we loved it!

Besides, our riad has a rooftop terrace with lawn chairs that make it the ideal place to chill in the evening. And we even made a new friend!

It’s now time to get back to Casablanca and take our flight back to Rome.

While I’m saying goodbye to Morocco from my window seat on the plane, I know already this won’t be forever.

This was just my first trip to Morocco, a country that deeply touched me since the very first moment I arrived.

In a short time I would be back again for another amazing adventure in Morocco, and this time to discover Marrakech!

CASABLANCA: THINGS TO DO IN ONE DAY

FES: A SCAVENGER HUNT IN THE MEDINA

TANGIER: THE PERFECT ITINERARY FOR ONE DAY

CEUTA: A LITTLE PIECE OF SPAIN IN MOROCCO

CHEFCHAOUEN: THINGS TO DO IN THE BLUE PEARL OF MOROCCO 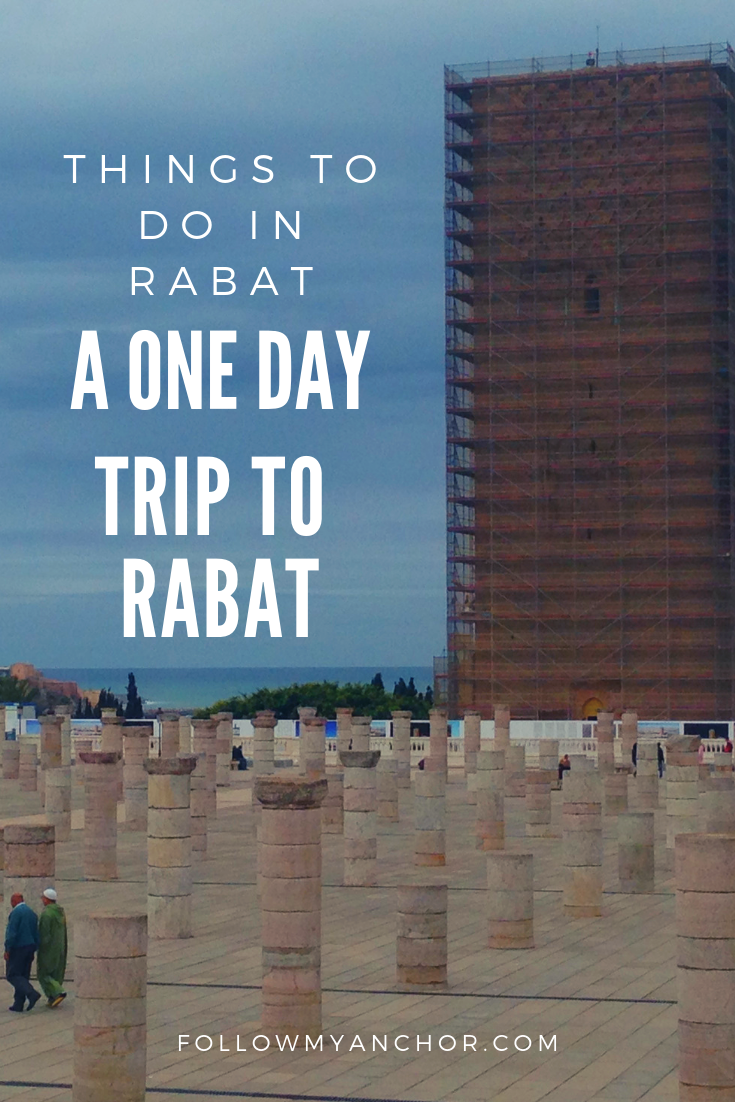